Halloween is next week… and it’s just a short leap to Thanksgiving and then holiday shopping will be upon us. Before we get to that – and all the requisite shopping for others that is required – here are a few books you might want to think about looking into for yourself. There are more than a few that I’m interested in:

The Rise of Fashion and Lessons Learned at Bergdorf Goodman (Oct 18, Fairchild)

I’m particularly interested in this book, not only for his personal anecdotes, but because the study covers “the late sixties through the early nineties”. For those unfamiliar, Ira Neimark was Chairman and CEO of Bergdorf Goodman for 17 years, and previously worked at Neiman Marcus Group, B. Altman, and Bonwit Teller. He’s currently director of Hermes of Paris and director emeritus of The Fashion Institute of Technology Foundation. His insights into the history and business of luxury fashion seem like they might be useful to understanding the industry. For more, see this review in the Wall Street Journal. 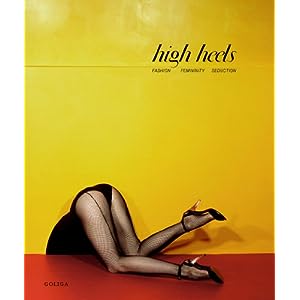 While provocative, the cover is not what drew me to this book: Valerie Steele is. Though this is an edited book of essays on high heels, Steele’s name has such cache in the world of dress studies, that simply being associated with the book makes me want to read it more. That said, the book also includes well-known photographers such as Guy Bourdin, Juergen Teller, and David Lachapelle. The essay topics are intriguing, and are likely to hold some amount of controversy. Along with Steele (on the industry forces behind high-heel design) are contributions from Stella Bruzzi on High heels on film; insights from designer Manolo Blahnik, and a discussion of the use of high heels in fashion photography. 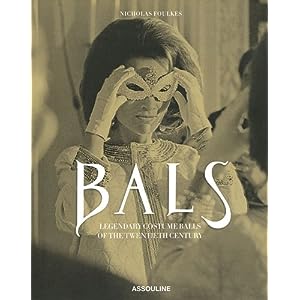 Likely to be photo-heavy, the concept still intrigues me. “From the twilight of the Romanov dynasty through les années folles of Art Deco Paris to the jet-set seventies, Bals explores the nine most exceptional private costume parties of the twentieth century.”

The book includes both first-person accounts from and insider stories about Paul Poiret, Truman Capote, Cecil Beaton and Marisa Berenson, among others. Want more? Check out the 20 minute (French subtitled) video below.

Fashion History for the Holidays: Fashion A Timeline in Photographs: 1850 to Today