My Nightstand: Schiaparelli in “Fashion and War in Popular Culture” 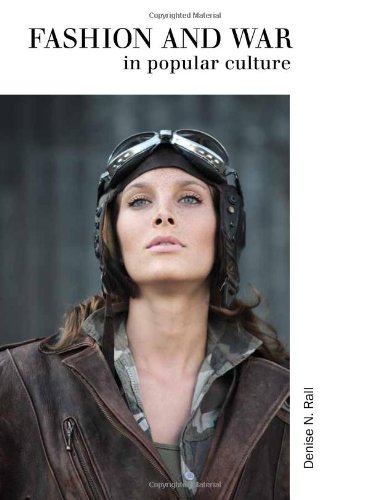 I’ve had the same book resting on my nightstand for months now: Fashion and War in Popular Culture by Denise N. Rall (Intellect, (March 15, 2014). It’s there for those now increasingly rare moments when I have a little free brain space (and time) to pick it up. My main interest has been Chapter 4 “In the service of clothes: Elsa Schiaparelli and the war experience” by Griffith University Professor, Annita Boyd.

This chapter focuses on how war, and the military, influenced Schiaparelli’s design – but it also offers some valuable information on what she was up to during the war (and how those experiences later influenced her work). I’ve not read much about her career during and after the war, so I was immediately drawn to this particular essay.

As explained in Boyd’s essay, Schiaparelli’s career was viewed as a failure after the war and her work was seen as ‘out of step with post-war sensibility.’ – Boyd examines this notion, but also offers information on what Schiaparelli was doing during these years (1945-1954 and 1955-1973). This in itself makes the book worth it’s (quite affordable) price.

Very little has been written on Schiaparelli during this time. It is fascinating stuff: she was accused of being anti-French (for promoting French couture in America); of being a fascist for wearing a hat; but smuggled American money to friends in Europe in a hat, toured America lecture about French couture in 1940; and volunteered (along with her daughter) for the American Red Cross in New York. The all too brief chapter goes on to discuss how Schiaparelli’s military and surrealist influenced designs failed to take hold in the post war years, and also to discuss the recent Schiaparelli revival.

Other essays in this book include historical and more recent military and fashion interactions, including: “Fashionable fascism: Cinematic images of the Nazi before and after 9/11” by Kylee M. Harman-Warren;  “The discipline of appearance: military style and Australian flight hostesss uniforms 1930-1964” by Prudence Black; and “Battle dressed – clothing the criminal or ‘the hoddie’ in Britain” by Joanne Turney.