This summer saw a number of fashion-related titles published from both University and traditional Trade publishing houses. Here’s a quick round-up of some of those titles you might want to add to your fall reading list:

The Sky Blue Stone: The Turquoise Trade in World History by Arash Khazeni (UC Press, May 2014) 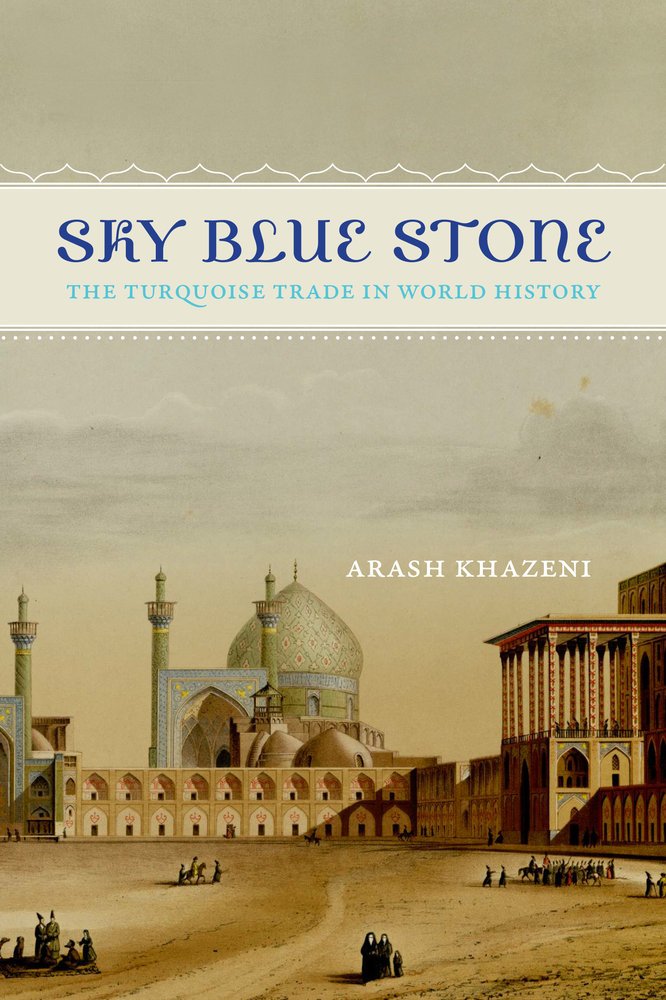 This book traces the journeys of a stone across the world. From its remote point of origin in the city of Nishapur in eastern Iran, turquoise was traded through India, Central Asia, and the Near East, becoming an object of imperial exchange between the Safavid, Mughal, and Ottoman empires. Along this trail unfolds the story of turquoise–a phosphate of aluminum and copper formed in rocks below the surface of the earth–and its discovery and export as a global commodity.

In the material culture and imperial regalia of early modern Islamic tributary empires moving from the steppe to the sown, turquoise was a sacred stone and a potent symbol of power projected in vivid color displays. From the empires of Islamic Eurasia, the turquoise trade reached Europe, where the stone was collected as an exotic object from the East. The Eurasian trade lasted into the nineteenth century, when the oldest mines in Iran collapsed and lost Aztec mines in the Americas reopened, unearthing more accessible sources of the stone to rival the Persian blue.

Sky Blue Stone recounts the origins, trade, and circulation of a natural object in the context of the history of Islamic Eurasia and global encounters between empire and nature.” 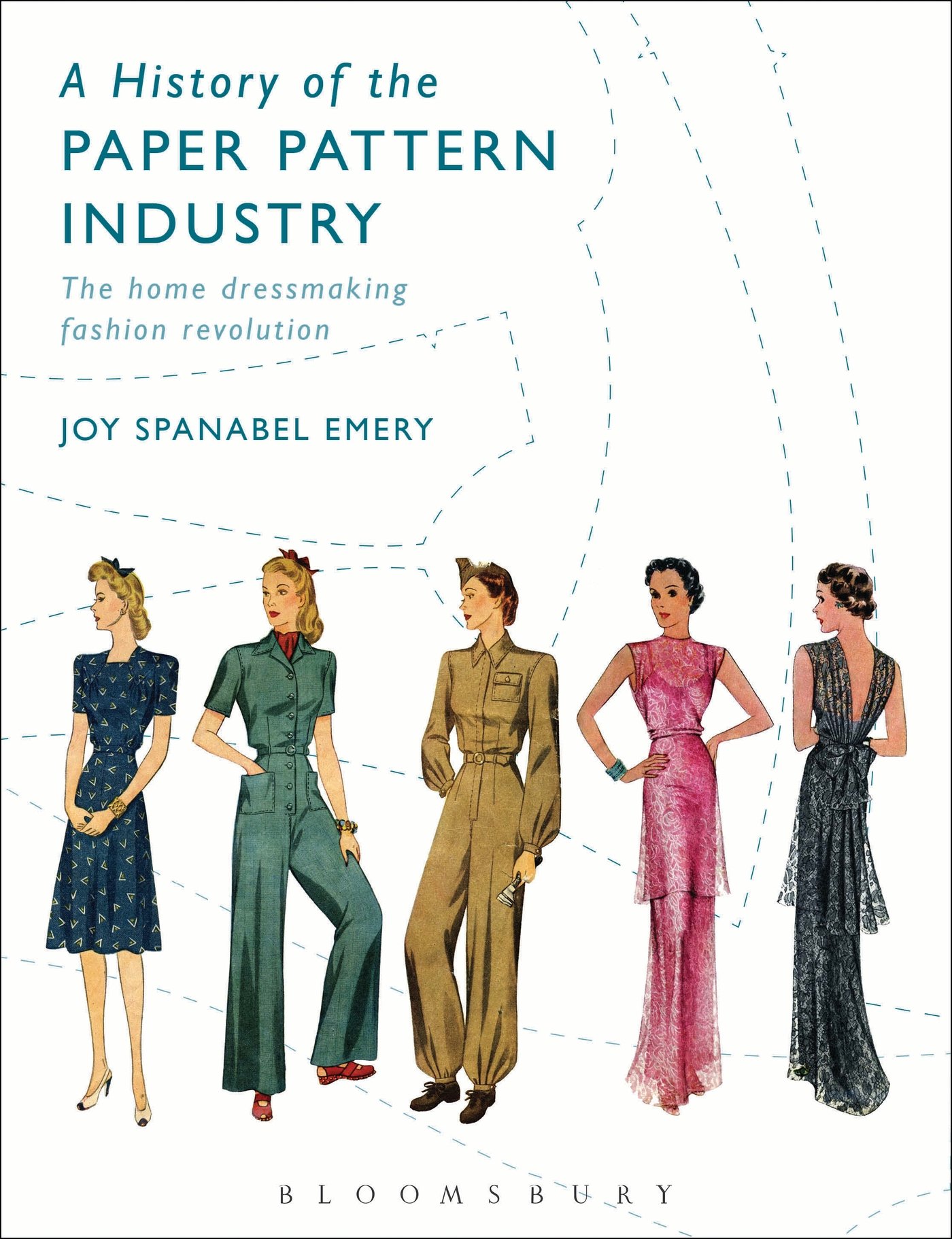 Sewing patterns have been the principle blueprint for making garments in the home for centuries. From their origins in the tailoring manuals of the 16th century to the widely produced pamphlets of the 18th and 19th centuries, through to the full size packet patterns of today, their history and development has reflected major changes in technology (such as the advent of the sewing machine), retailing and marketing practices (the fashion periodical), and shifts in social and cultural influences.

This accessible book explores this history, outlining innovations in patternmaking by the companies who produced patterns and how these reflected the fashions and demands of the market.

Showcasing beautiful illustrations from original pattern pamphlets, packets and ads, as well as 9 complete patterns from which readers can reproduce vintage garments of different eras, the book provides a unique visual guide to homemade fashions as well as essential exploration of the industry that produced them.”

Luxury has been both celebrated and condemned throughout history right up to the present day. This groundbreaking text examines luxury and its relationship with desire, status, consumption and economic value, exploring why luxury remains prominent even in the context of a global recession.

Using approaches from cultural studies, semiotic research and aesthetics, Luxury presents a wide range of case studies including urban space and new technologies, travel, interior design, cars, fashion ads and jewellery to explore what luxury represents, and why, in the contemporary world.”

Fashion branding is more than just advertising. It helps to encourage the purchase and repurchase of consumer goods from the same company. While historically fashion branding has primarily focused on consumption and purchasing decisions, recent scholarship suggests that branding is a process that needs to be analyzed from a style, luxury, and historical pop cultural view using critical, ethnographic, individualistic, or interpretive methods.

In this collection, the contributors explore the meaning behind fashion branding in the context of the contested power relations underpinning the production, marketing, and consumption of style and fashion as part of our global culture. “ 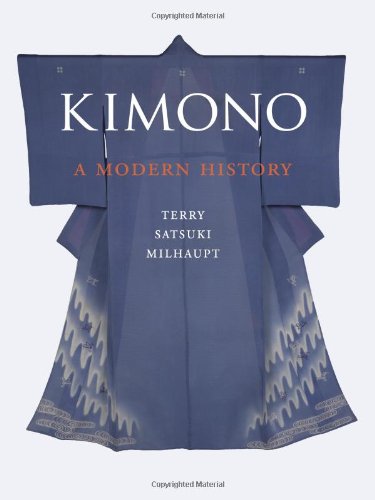 What is the kimono? Everyday garment? Art object? Symbol of Japan? As this book shows, the kimono has served all of these roles, its meaning changing across time and with the perspective of the wearer or viewer.
Kimono: A Modern History begins by exposing the seventeenth- and eighteenth-century foundations of the modern kimono fashion industry. It explores the crossover between ‘art’ and ‘fashion’ in this period at the hands of famous Japanese painters who worked with clothing pattern books and painted directly onto garments. With Japan’s exposure to Western fashion in the nineteenth century, and Westerners’ exposure to Japanese modes of dress and design, the kimono took on new associations and came to symbolize an exotic culture and an alluring female form. In the aftermath of the Second World War, the kimono industry was sustained through government support. The line between fashion and art became blurred as kimonos produced by famous designers were collected for their beauty and displayed in museums, rather than being worn as clothing. Today, the kimono has once again taken on new dimensions, as the Internet and social media proliferate images of the kimono as a versatile garment to be integrated into a range of individual styles.
Kimono: A Modern History, the inspiration for a major exhibition at the Metropolitan Museum of Art in New York, not only tells the story of a distinctive garment’s ever-changing functions and image, but provides a novel perspective on Japan’s modernization and encounter with the West.”