“Helena Rubinstein: Beauty is Power”(at the Jewish Museum in NYC until March 22, 2015)

It can be argued that Helena Rubinstein was a force of nature—a self-made magnate whose empire, originally based on her skin cream formula, of spanned four continents. But she was much more than the head of a cosmetics firm, she was a tastemaker whose unerring eye for cutting edge art informed her work and in the process changed the image of the modern woman. The Jewish Museum has presented an exhibit that showcases all aspects of this powerful personality who used her Jewish name at a time when it was considered a handicap.

We get the full force of Rubinstein’s personality in the first gallery where eight portraits by artists as varied as Christian Bérard, Roberto Montenegro, and Graham Sutherland are hung salon style. Rubinstein herself hung her portraits this way as an article from Life magazine in the one of the side cases shows. While the portraits are fascinating, the items on either side of the flanking walls are worth a careful look. They show the beginning of Rubinstein’s career with a rare picture of her family in Poland taken in 1888 to a 1964 article in Life, which described her as the “Tiny, Tireless Tycoon of Beauty.” Advertisements with her image show how she used her image to brand her products. An evening suit of red silk brocade by Balenciaga and a large sunburst necklace of Mexican silver that appear in her portraits give a taste of her sense of the dramatic.

Rubinstein’s passion for art was central to her drive for beauty in all things. The next two galleries display her copious art collection. Rubinstein was not a timid collector. She responded to the sculpture of Elie Nadelman with its mannered classicism, but even more significantly, she loved the art of Africa and Oceania viewing it as fine art, not ethnographic. Nadelman’s work is shown with works from Gabon, Ivory Coast, and Mexico much as she would have displayed them. Nadelman’s work was prominently featured in her salons since Rubinstein believed that her salons should be places where women absorbed beauty and culture along with beauty treatments. “Women who visit the salons on a regular basis develop a sense of discrimination and appreciation. …It will teach her much and give her knowledge about herself.”

The third gallery titled “The Changing Face of Beauty” is the core of the exhibit for it is here one sees the extent of her collection and her vision of beauty. “African art appealed to me greatly. Few of my friends cared for it. ‘How strange,’ they would say, ‘to think of someone who has dedicated her life to beauty buying such ugly things.” Her collection is breathtaking. Rubinstein cared little for conventional opinions of the day. Amid the works by Frida Kahlo, Joan Miró, George Braque, and a legion of African figures are twelve Picasso sketches of Rubinstein. Madame pressured the artist for a portrait for decades. Undeterred by Picasso’s refusal, she showed up at his home on the French Rivera in 1955 unannounced. The resulting sketches show Rubinstein’s many moods and are not all flattering. Picasso never did the long-sought portrait, but his sketches show the many facets of this remarkable personality.

Rubinstein also wore what she liked. It might seem that a tiny woman who was only 4 feet 10 inches tall could not carry off couture laden with embroidery and huge jewels in profusion, but Rubinstein made her own style. She adored jewelry, especially large pieces with bright stones and endless strands of pearls. They are part of her “Glittering Armor” as the next gallery is titled. Among the items on view are: an enormous cuff bracelet with flowers of sapphires, emeralds, and yellow and white diamonds, strings of baroque pearls, and large ruby and tourmaline rings. She bought jewelry after quarrels with her husbands, “Buying ‘quarrel’ jewelry is one of my weaknesses,” she admitted. “”Some women buy hats, but I am more extravagant in anger, as I am in most things.” Even more extravagant was her system of jewelry storage. She used a large filing cabinet. Drawers labeled D contained her diamonds. “Under E could readily be found my emeralds, P was for pearls; R for rubies, S for sapphires and T for topaz.” Rubinstein also loved unconventional designers, Poiret, Schiaparelli, and Chanel. On view is a Schiaparelli bolero embroidered with elephants, and trapeze artists from 1938 and a 1923 Poiret tunic embroidered with symbols inspired by Egyptian hieroglyphs. A photograph of Madame from 1924 shows she wore it well.

Rubinstein not only collected art, she lived with it, decorating her homes in Paris, London, and New York with a profusion of paintings, sculpture, and tapestries by artists from all parts of the world. Pictures in the next gallery show the dramatic spaces. Madame used these apartments in publicity and fashion shoots, which also promoted her image. Another collecting sidelight was miniature rooms. Six are on display from an eighteenth-century French salon to an artist’s studio based one in Montmartre.

Finally, we see the world of the salon, the source of all her wealth. Advertisements and a video of the many treatments offered give a sense of how Rubinstein marketed her won image to project her vision of beauty. She believed that “One’s identity is a matter of choice,” so women should be free to take control of their appearances and express themselves. Before Rubinstein, beauty was considered “inborn,” one could not be attractive unless one was gifted with perfect features at birth. Madame rejected that. This exhibit shows how this very unconventional, powerful woman paved the way for women to re-invent themselves, to become modern. 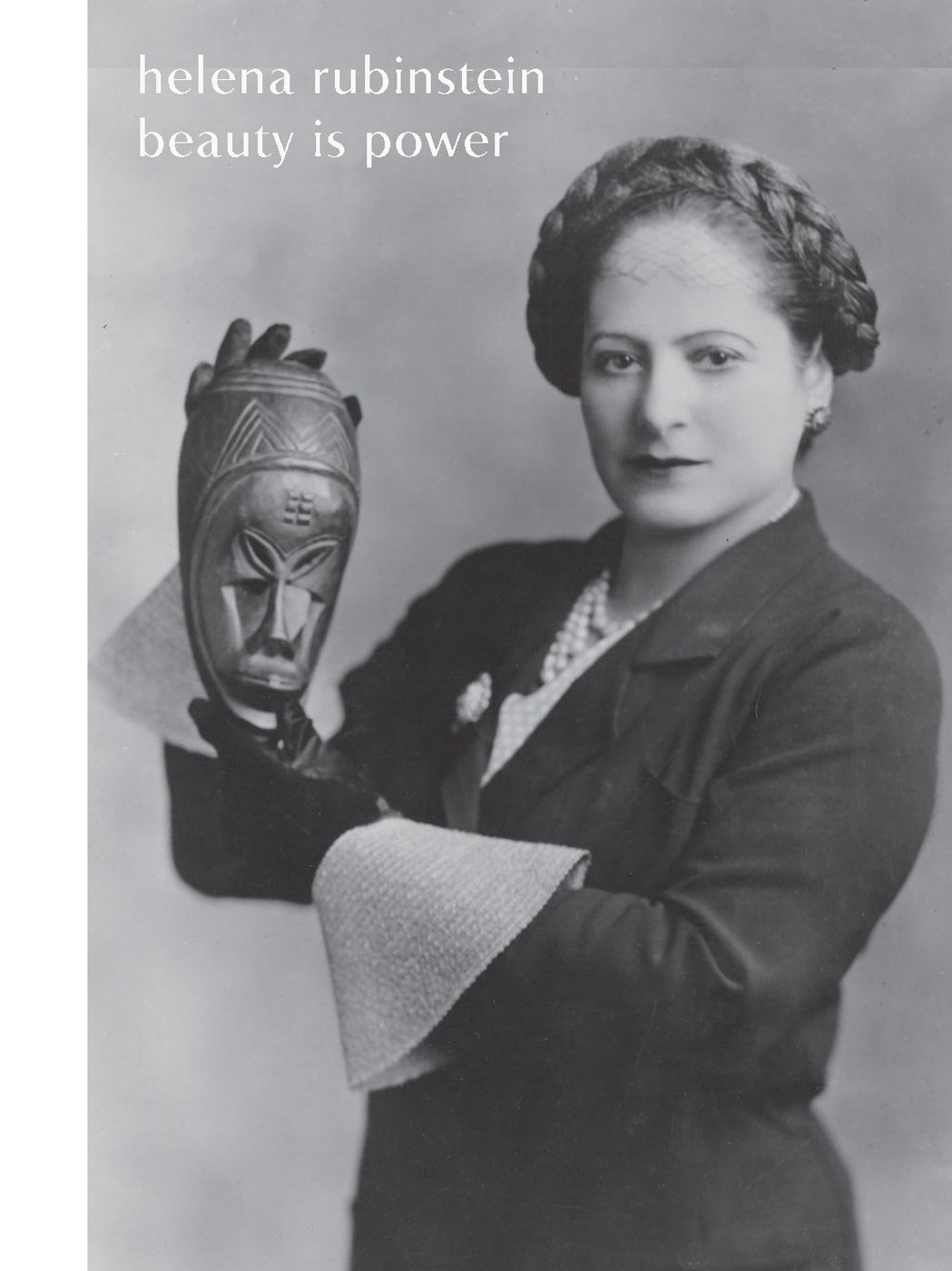 Come to the CSA Western Region Conference for the papers! (Details)