In my continuing series of recently released books (that I want to read, or have started to read), I present this weeks book: Couture Confessions: Fashion Legends in Their Own Words, by Pamela Golbin (Rizzoli, June 2016). For more in this series, see previously reviewed books here.

In contrast to last weeks book, which was the heavily illustrated Fashion and the Art of Pochoir, this weeks selection is all about the words.  Couture Confessions: Fashion Legends in Their Own Words, by Pamela Golbin (Chief Curator of Fashion and Textiles at the Musée des Arts Décoratifs in Paris) is a compilation of words, opinions and thoughts written or spoken by a number of high profile (and deceased) 20th century fashion designers jig sawed together so that they appear to have been interviewed by the author. It is a clever way to bring a fresh perspective to these long-gone artists. This particular construct places greater emphasis on the designers’ personalities, as well as their design sense and communication styles.

I’ve read the introduction and part of the first ‘interview’ and really do want to read more. I’m learning about designers I thought I knew pretty well (like Poiret, Chanel, Balmain, and McQueen, among others) and it feels like pleasure reading, rather than academic’s ‘versions’ of designers. That said, the academic information is more readily available than in some other texts (yeah for chapter endnotes!) 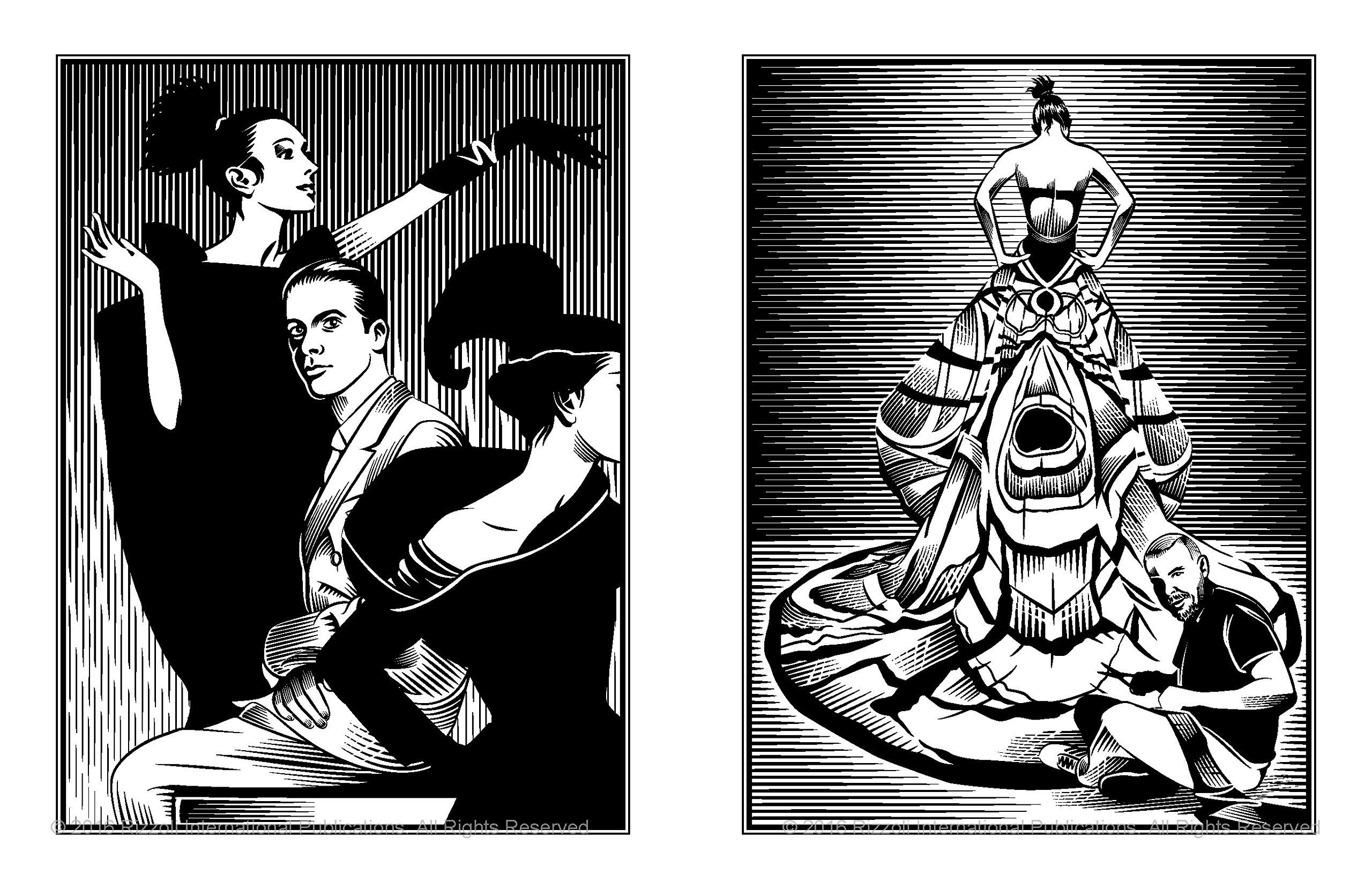 The introduction is similarly constructed as an interview between the author, Pamela Golbin and Hamish Bowles. In it, she draws parallels between issues faced by the fashion industry now, and those that have been faced historically. One particularly timely point is the perennial problem of the speed of Fashion. Prior to his relatively recent departure from Dior, Raf Simons spoke to Cathy Horyn about it. Here, Golbin notes that historically designers “all had issues with time management, if I can put it that way. Whether it’s Poiret or Lanvin or McQueen, they all speak about that fact that they don’t have enough time to design their collections; that they have to keep producing in order to satisfy the demand.” (12) 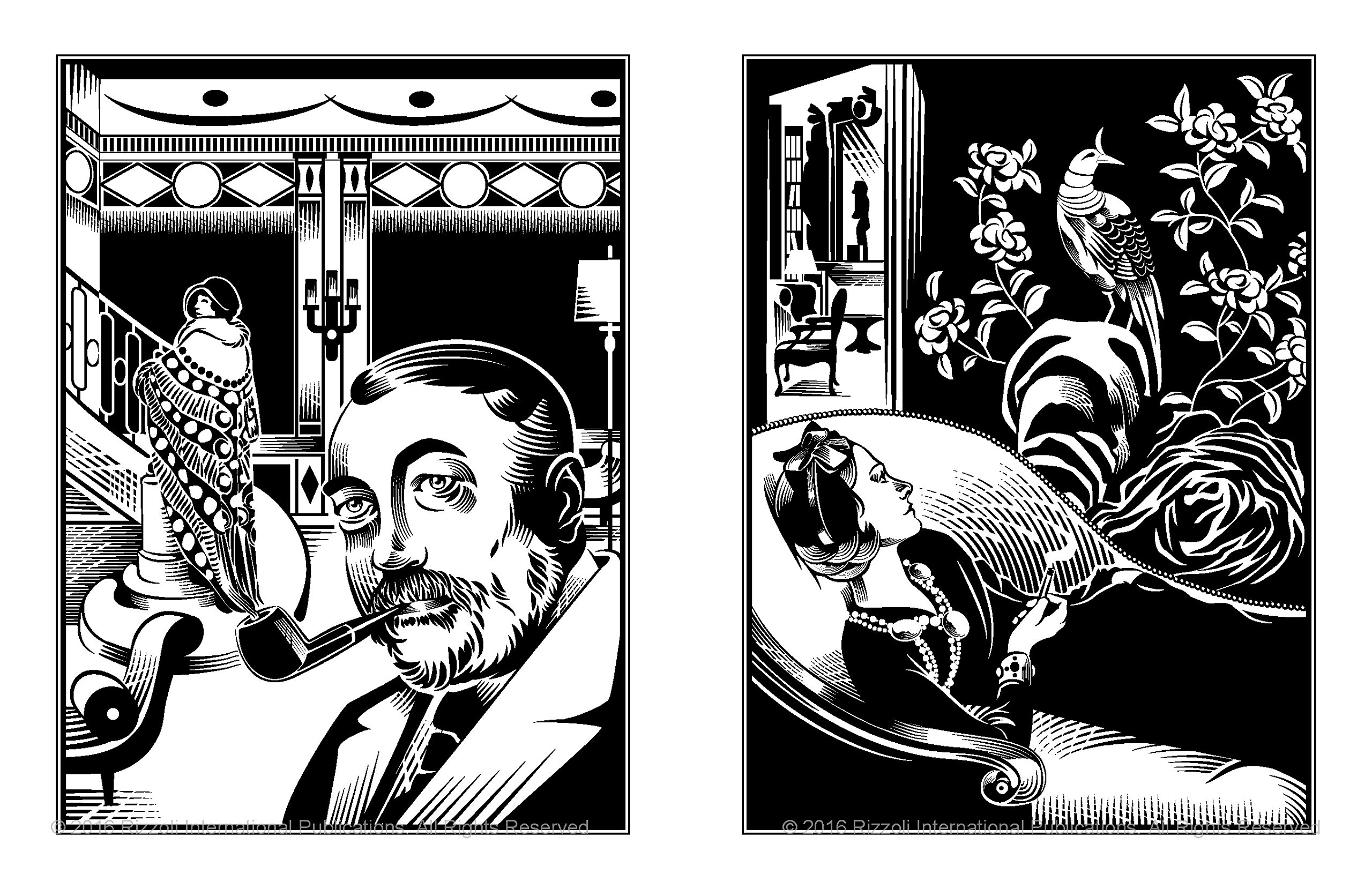 Designer ‘interviews’ included in this nifty resource are: Paul Poiret, Jeanne Lanvin, Madeleine Vionnet, Gabrielle Chanel, Elsa Schiaparelli, Cristóbal Balenciaga, Christian Dior, Madame Grès, Pierre Balmain, Yves Saint Laurent, and Alexander McQueen. They are all represented in their own words, with the exception of Balenciaga: “Quite simply because he never gave an interview during his entire career, except or the one he agreed to at the end of is life. I couldn’t think of publishing this book without having Balenciaga in it, so I chose to have his peers speak about him. It says a lot about how respected he was within the fashion community…” (13)

To give an example of what these chapters are like, here is a brief section of the ‘interview’ with Paul Poiret:

What is your contribution to the vocabulary of couture?

Some have been good enough to say that I exercised a powerful influence over my age, and inspired an entire generation. it would be presumptuous of me to agree, and I must say it makes me feel uncomfortable; though if memory serves, when I started out all color was absent from fashion.”

Could you elaborate on that, please?

The faintest of pinks, lilac, swooning mauve, light hydrangea blue, watery green, pastel yellow, and the barest beige — all that was pale soft, and insipid was held in high esteem. So I decided to let a few wolves into the sheep’s pen — reds, greens, violets, bleu de France that raised the voices of the rest.”

I’m eager to read the other chapters to see what new subtle nuances can be learned of these already well-documented designers. The book ends with a very brief round-table style group discussion with all the designers statements that answer the question, “What is Fashion?.” Ultimately, this book is an insightful, useful, and inspiring resource for both the novice and established fashion historian (especially one looking for designer’s in their own words).

New Book on the wardrobe of Cosimo I de Medici