With the sad news of the passing of Shirley Temple (Black) in today’s New York Times, I thought it would be appropriate to remember some of her contributions to film costume, fashion, and popular culture.

Shirley Temple was the most famous child star of the 1930s. She made her film debut at the age of five in 1934 and by the following year she was making $1,000 a week from merchandising tie-ins alone (Cook 2004 and Ewing 1977). Mothers everywhere dressed their children in Temple-imitating clothing.

Temple merchandise included dresses, coats, snow suits, raincoats, toys and accessories (Cook 2004). Sears and Roebuck featured a line of Shirley Temple fashions inspired by her film costumes, including short dresses with matching panties and  bolero-style dresses, winter snow suits, hats and accessories.  As the 1935-36 Sears catalog copy stated:  “Shirley and her cute clothes have stolen everyone’s heart; no wonder every little girl wants to wear the same styles.” The earned royalties from Temple’s licensed merchandise exceeded $100,000 in 1935; and exceeded  $200,000 in 1936.

However, it was the Shirley Temple “look” that most mothers were after. Her iconic hairstyle of all-over-ringlets was imitated everywhere and is still recognized today. Her style of dress, frequently identified with toddler-hood, included simple frocks made to accentuate a toddler’s belly, with puffed sleeves and hemlines that were consistently 19 inches from the floor (Cook 2004). These were trimmed with simple and unobtrusive decorative elements, such as embroidered or appliquéd, and lace edged hemlines and collars. Interestingly, conflicting fan magazines reports suggest that Temple was both disinterested in her film costumes and insistent that they be of a consistent design.

In an issue of Hollywood from 1936, writer Sally Martin explains the challenges of costuming the child star:

One day, a long time ago when Shirley’s career was in its infancy, Rene Hubert, then 20th Century-Fox designer, was discussing Shirley’s clothes with Mrs. Temple. He made the remark that clothes for small girls should reach just to their fingertips. Shirley overheard and to this day insists that her dresses reach the specified length and not vary a sixteenth of an inch one way or the other. Costuming Shirley Temple presents a real problem to the studio designers. Accustomed to competing and excelling the world’s greatest modistes in creating styles for stars on the screen, the stylists never, before the advent of Shirley, had tackled the problem of clothes for a child star.” (Martin. 1936, 40)

Yet, according to Marion Blackford, writer for Screenplay in an article that same year:

In Shirley Temple’s home, in the wardrobes and clothes-closets of her own room, there hang well over a hundred different dresses and outfits! They’re all hers. . . Shirley could go a quarter of a year wearing a different outfit every day from her own wardrobe, and never once in that length of time would she wear the same dress twice! Yet—and here’s one of the strangest things of all about this most amazing little girl in the world today!—Shirley Temple is probably the most UN-‘clothes-conscious’ child in all Hollywood. To her, clothes are just ‘part of the job.’ With stoic patience, she stands hour after hour in the studio fitting rooms, enduring the interminable putting-on-and-taking-off, squeeking faintly now and then at a mis-aimed pinthrust that punctures her chubby legs, turning this way and that, when and as bidden, co-operating with all the clothes-knowledge of a trained actress. But as for enjoying those clothes herself? – why it’s a fact that Shirley doesn’t even look at herself in the mirror when she’s trying on new things.” (33)

The article goes on to provide details from William Lambert, 20th Century-Fox’s house costume designer at the time, who “fitted  Shirley’s clothes for her when she first became a screen actress” (54):

‘I never,’ says Lambert, ‘seen an actress, of any age, so utterly uninterested in clothes as Shirley! And that, especially for a child, is unusual. From the very outset, her interest in what we were preparing for her to wear was purely perfunctory, mechanical. She’d come into the fitting room willingly enough, and she’d stand and be fitted with admirable patience, for a child. But do you think she ever took a look at herself in the mirror? NO, sir—not one glimpse!! She’d stand there in her little pink undies, with her chubby legs straight and firm. She’d let us twist her and dress her and stick pins in her. When we had the dress on, she’d still stand there, and never once look into the glass. . . Still without a look in the glass, she’d hurry back and out of the dress; would get into her own things—and make a bee-line for my drawing board and the colors I use when designing clothes. That was what she was patiently waiting for all the time. Being fitted was work—but drawing pictures was play, and that was what was on her mind. She’d grab my paints (oh, how I loved that!) and she’d draw picture after picture of Jimmy Durante. Funny part of it was, it looked like Jimmy. And she’d paint his big nose all nice and pink and then she’d be happy. Clothes?—they were forgotten. And say, let me tell you you couldn’t tell her anything about drawing, either. I’d try to make a suggestion or two. She’d just hold up her pink-nosed Jimmy Durante beside one of my style sketches. . .” (54)

The article goes on to explain, that while she may seem disinterested, she still has her opinion on her look in a film, and that she had definite preferences:

Don’t understand from Shirley’s fitting-room attitude that she doesn’t know what’s going on. Far from that! For instance: All her dresses are made 19 inches from the floor. Shirley has learned to feel the length. She knows by hanging her arms and leaning over just where the right length comes. She never has to look in a mirror—when they fit a dress, she hangs her arms and leans. ‘No—too long,’ she says. And Snip, off must come an inch or so. . . . She has one definite clothes-quirk: Everything has to match in color in whatever ensemble she’s wearing. It may make no difference to the camera, but even her socktops must match, precisely, the hue and shade of the dress she’s wearing. No sloppy work for Shirley. Everything has to be just so-so, too. IF there’s a bow on her dress, not a camera may turn on her until the ends and the loops are exactly even, to the quarter-inch.” (54)

Regardless, of her level of involvement in the creation of her image, Shirley Temple’s iconic style left a imprint on children’s fashion of the 1930.

In the 1940s, Temple helped to define the new “teenager” demographic, and portrayed an impressionable teenage girl in the film, The Bachelor and the Bobby-Soxer (1947), among others. More than that, her iconic look has remained one often imitated in popular culture.

Below is an absolutely perfect video of Temple from the 1934 film, Baby Take a Bow (costumes by Royer), which exemplifies both Temple’s sartorial and film styles. Enjoy – and thank you Ms. Black for leaving with such a voluminous collection of films to enjoy: 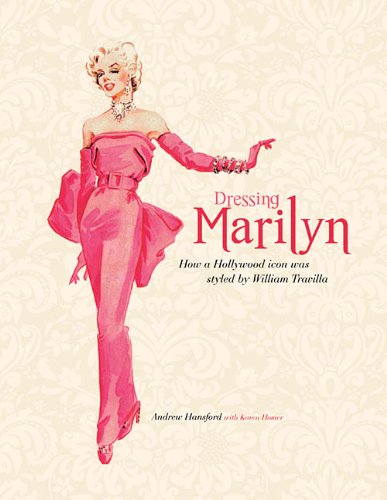