When Redskin Was the New Black

Whether it’s famously blonde Blake Lively wrapped in a Navajo blanket on the cover of Vogue or a Karlie Kloss walking the runway in the Victoria’s Secret fashion show wearing a feathered headdress and little else, high-fashion knockoffs of Native American clothing and textiles inevitably make headlines for all the wrong reasons. Of course, this kind of cultural appropriation is nothing new—a century ago, Paul Poiret and Sonia Delaunay drew modernist inspiration from ancient Native American textile patterns—but it’s been going on even longer than you might think.

The coiffure à l’insurgente was one of many French fashions of the late 1770s and 1780s inspired by the defining philosophical issue of the time: America’s battle for independence, in which France was a key political and military ally. Ship-shaped coiffures à la Belle Poule and gowns of “Franklin gray”—the color of Benjamin Franklin’s hair—adorned the court of Louis XVI; coiffures à l’Americaine and chapeaux à la Pensilvanie appeared in French fashion magazines. At the time, “insurgente”—meaning “rebel”—was a synonym for “American” in French. A habit à l’insurgente appeared in the fashion magazine Gallerie des modes in 1779; it was described as being similar to gowns worn by Anglo-American women. But while its relation to American dress is obscure—and possibly invented to capitalize on the trend—the coiffure à l’insurgente clearly resembles a Native American feathered headdress, or war bonnet.Far from being perceived as offensive or exploitative, the coiffure à l’insurgente and other pro-American fashions advertised their female wearers’ patriotism and political acumen.

This image comes from a rare edition of the 1780 almanac Souvenir à la Hollandoise, enrichi de nouvelles Coëffures les plus galantes in the special collections of the Getty Research Institute (GRI), Los Angeles. The GRI is a research library adjacent to the J. Paul Getty Museum, with its own extensive holdings and exhibition program. Its special collections include rare books, prints, photographs, architectural drawings, correspondence, and archival material, much of it useful to fashion historians. A photo archive of two million images of artworks—housed in boxes sorted by genre and country—is a valuable resource for hard-to-find images, or just idle browsing. The GRI also has a good selection of fashion books, journals, and exhibition catalogues on open shelves, plus a wealth of reference material and extensive online resources like the BHA and ArtStor.

While its changing exhibitions gallery and Plaza Level (which includes Getty publications, recent periodicals, and general reference books) are open to the public, you need to apply for a reader’s card to visit the GRI’s stacks, photo archive, and special collections. It is worth getting one. Although the Getty has recently made its images available to the public free of charge under an open content policy, only a fraction of the GRI’s vast holdings have been photographed, and searching the Digital Collections can be frustrating. But helpful, knowledgeable librarians and an unusually user-friendly environment make the GRI’s embarrassment of research riches manageable.

Dr. Kimberly Chrisman-Campbell is an independent scholar and consultant with an impressive background in fashion and history.  She received her B.A. from Stanford University, her M.A. from the Courtauld Institute of Art, and her Ph.D. from the University of Aberdeen. Chrisman-Campbell has published numerous journal and magazine articles on 18th– and early 19th-century French fashion.  She has also contributed to several books and museum catalogues, including Fashioning Fashion: European Dress in Detail, 1700-1915 (Los Angeles: Prestel and Los Angeles County Museum of Art, 2010) and Paris: Life & Luxury in the Eighteenth Century (Los Angeles: Getty Publishing, 2011).

Her new book, Fashion Victims: Dress at the Court of Louis XVI and Marie-Antoinette, (Yale University Press) is available as of this week. 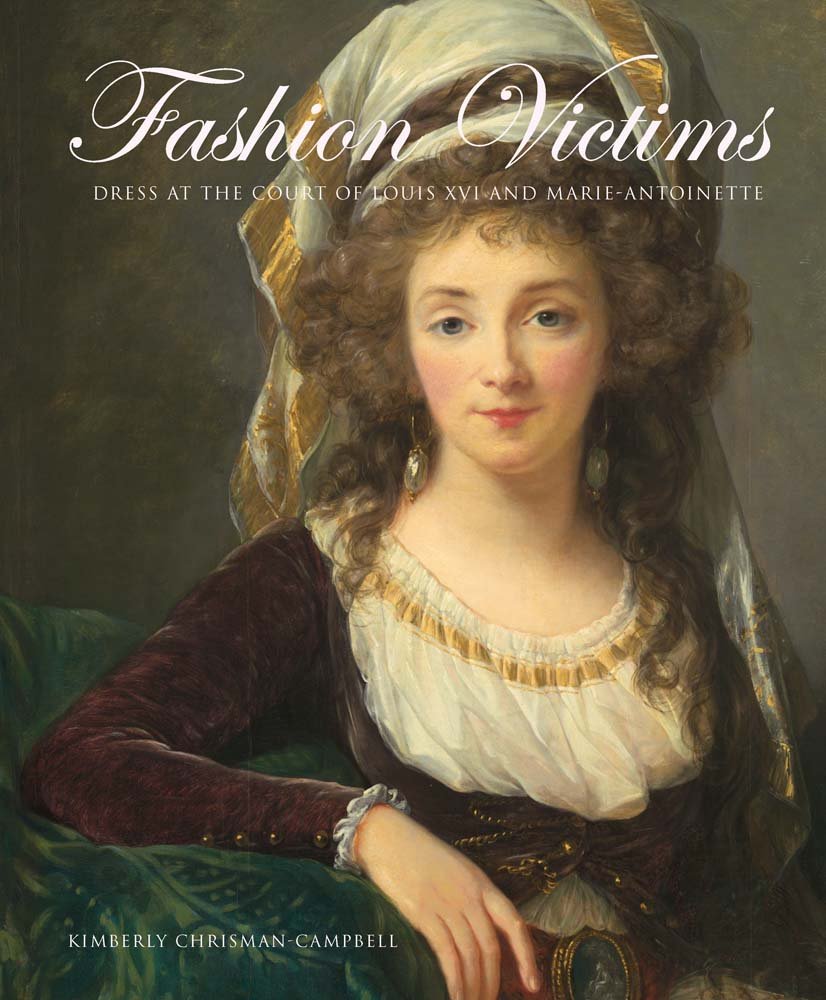