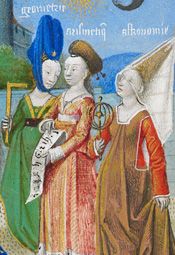 New in Print: A mysterious set of silver knitting needles