Author Maurice Leonard explains that for Mae West, “her rotundity was exaggerated by her shortness. Giving vent to her frustration to Ruth Biery, she complained that Hollywood had tried to alter her shape when she had first arrived, and viewed the slim Hollywood beauties around her with dissatisfaction:

“I never saw so many poles in my life! I wondered how Hollywood men could stand them. But everyone said I had to get thin. I figured they knew this racket and I didn’t, so I went on one of them Hollywood diets…It was pretty bad, but I’d been through a lot for art’s sake so taking off twenty pounds or more was just one more piece of the routine. I got down to 103 pounds. I stood in front of the mirror to study the results. I didn’t like it. I didn’t look—well, you know, voluptuous. And that isn’t all, I didn’t even look healthy. And man or woman, you got to look healthy to look right. Half-starved women can’t have no life in them any more than a half-starved dog.”* (141)

The Wednesday Word: Roland Barthes on the written garment 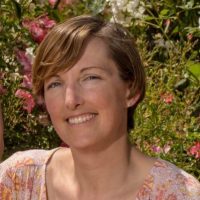