Sometimes, a critical history does little more than answer the question of how we ended up here. Julia Petrov’s recent publication, Fashion, History, Museum: Inventing the Display of Dress (Bloomsbury Visual Arts, 2019) on the history of fashion exhibitions (more broadly defined as the display of dress) is not that kind of text. Although Petrov asserts that the book is “not a how-to-guide or reflection on best practice” (p5), this thorough study delivers straightforward information that presents a rich analysis of not just how the practices develop but also why it matters, effectively supplying readers with insights to evaluate curatorial choices in contemporary practice. It is the many subtle “whywe are here” connections that the book stand out. However, if you don’t know anything about the history of fashion in exhibitions, you will have a strong foundational understanding after reading Fashion, History, Museum: Inventing the Display of Dress

The book’s objective to define and describe “the varied representations of historical fashion within museum exhibitions in Britain and North America … over the past century” (p2) may appear to be overly grand in scope and exclusively focused at the same time. However, Petrov quickly assuages most of those concerns in the introduction. As anyone involved in fashion studies will know, the terminology is never consistent over time, in different regions, among individuals, or even within institutions. The choice to include fashion and dress in the title speaks to this potential confusion since the two lay in such close meaning. Petrov sets out definitions of fashion – and even the seemingly straightforward use of “historical”– then revisits them in subsequent chapters. A further rationale is provided to explain the use of case studies and overarching methodology, as well as the choice to approach chapters thematically instead of chronologically. The delineations are logical and suggest that a successful critical study will identify specific cases to relate ideas instead of meandering through an endless list of material. Highlights from selected chapters are offered in this review, although each merits a more robust consideration than space allows.

Despite its deeply academic approach, the book is clearly written from start to finish, avoiding complex jargon and dense sentence construction. The eight chapters are relatively short, approximately 20-30 pages each, which also aids in the readability. Petrov doesn’t shy away from humor with chapter titles like “Foundation Garments: Precedents for Fashion History Exhibitions in Museums” (Chapter One) and “Window Shopping: Commercial Inspiration for Fashion in the Museum” (Chapter Two), but the content provokes serious reflection. For Instance, “Window Shopping” does much to probe into the relationship between commerce and clothing within the museum. This section successfully demonstrates the important role the fashion industry has had in supporting the creation of collections and exhibition methods. It also acknowledges the reciprocal ways that museums functioned to support designers and promote the industry,  as early as the first call for a fashion museum in the early 18th century. Incredibly, Petrov does not betray any hint of bias towards or against this often-controversial relationship, instead allowing the reader to interpret the information for themselves. However, the issue returns in “Intervisuality: Displaying Fashion as Art” (Chapter Four) and is given more pragmatic discussion.

In “New Objectivity: Social Science Methods” (Chapter Three), Petrov’s layered timeline of case studies emerge as a highly effective format for critical analysis. Examples are pulled from a range of institutions – the familiar Metropolitan Museum of Art and Victoria & Albert Museum are alongside Yeshiva University Museum, The Museum at FIT, the Smithsonian, and many others. That the author expresses familiarity with such a wide assortment of exhibitions is telling in the scope and depth of research backing the text. The effective force of this chapter, though, is how the author’s critiques develop, subtly questioning curatorial intentions before concluding with a powerfully direct assessment.

“To display fashion in this way is to understand it as an expression of society, yet this is all too frequently an unquestioning and superficial reproduction of existing social norms around dress…. These exhibitions perpetuate accepted ideologies, such as capitalism and nationalism, and affirm social rituals, such as monogamy and heterosexuality, as being normative.” (p88)

The precision highlights why a survey of the past is needed to reflect deeply on established practices.

“Tableaux Vivants: Displaying Fashion as Art” (Chapter Five), “The Body in the Gallery: Revivifying Historical Fashion” (Chapter Six), and “The Way of All Flesh: Displaying the Historicity of Historical Fashion” (Chapter Seven) offer a unified build of ideas that shift greater focus onto exhibition choices and their implications. However, in these sections, more questions are proffered than answered. In discussions of the theater, the most salient comparisons surround the performance of museum labor in exhibition design or staffing (see LACMA’s Fashioning Fashion, 2011, and Oliver Saillard/Tilda Swinton’s Impossible Wardrobes, 2012). In these contexts, the so-called fourth wall is broken. Whether or not this is an effective method to foster awareness of the work behind the scenes, or if it presents an overly idealized version of reality, remains a question. In a complex review of bodies, Petrov briefly acknowledges the issue of race in mannequins, a subject that begs for more critical study. Using pointed examples, such as Benjamin Moore’s “neutral” white paint color (a common choice for displays) and the Caucasian features of many figures, the argument builds to present how ethnic diversity is erased through these choices. “To literally whitewash out the embodied markers of race in order to fit a visual priority is an example of the privileged nature of aesthetics in museum discourse.” (p165) This critique underscores the message of the Museum’s Are Not Neutral campaign* (created in 2017 by LaTanya Autry and Mike Murawski) and will be a useful rebuttal for anyone suggesting aesthetics outrank other priorities. The thread of missing content lingers in what parts of history exhibitions choose to present to audiences, with a nod to trends in collecting. She astutely describes the museum as “a place of wish-fulfillment, where the fact of absence is made present only insofar as to make it more poignant.” (p175)

Petrov has written a remarkable resource for the field of fashion studies suitable for both newcomers who will appreciate the abundance of history and references, as well as seasoned practitioners that may see their own work in a different light. She resets the timeline for the first exhibition of fashion, not content to rest on the citations of past scholars. Importantly, Petrov argues for better documentation of the exhibition-making process in order to create a better foundation for more in-depth studies and to legitimize fashion curating. These are weighty topics, and this text should be required reading for those in the field. Thankfully Petrov’s confidence as a writer provides occasional relief though the entertaining discoveries of research, sharing extended quotations from Punch and other wry journalists. Once the chuckle leaves, however, the reader may be left reeling in the realization that the perspective has hardly changed. Therein lies one of the most striking aspects of this book: that the issues that seem to plague every fashion exhibition, from mannequin heads and wigs to gaps in the collection, have been with us from the start. Perhaps with the addition of this book, we can collectively start to sort out solutions.

Sarah C. Byrd is a fashion historian, archivist, and educator. As an archivist, she has worked on a range of projects for both private clients and large corporations including Condé Nast and Ralph Lauren, where she helped develop the menswear archive. Her independent research focuses on early twentieth-century women’s novels and related films, the history of American cults and communes, and the role of exhibitions in education. She holds an MA in Fashion and Textile Studies from the Fashion Institute of Technology where she teaches in the Graduate Studies Programs, in addition to NYU Costume Studies MA and the Textile Arts Center. 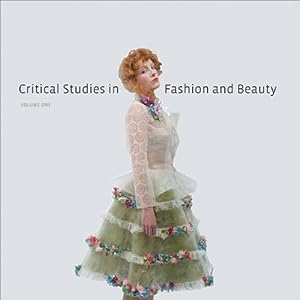